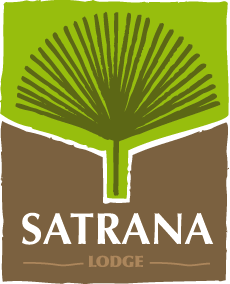 The Bara are one of 18 tribes of Madagascar and occupied a vast territory stretching from hills to the North, IVOHIBE in East,ANKAZOABO West and BETROKA in South.

These are very good pastors (Breeders of Zebus) and dedicate their entire lives to try to have the most possible. Their dream is to have millions because it is a sign of wealth and respect.
All their traditions and their rituals revolve around the Zebu, and therefore their holidays or their funeral are not well done if it does not sacrifice at least a Zebu.
The peculiarity of the Bara who live around the ISALO is the fact that they use many limestone mountains to hide their dead. They do not bury them but seek natural holes in the rocks of the ISALO massif to the tombs. Well look at in order to point out heaps of stones, be at the top of the mountains, either at the base, for realizing.
Grief is different from the other tribes of Madagascar, How to women to weave hair, grow beards during 3 month males.

When we speak of the BARA, We think in the first place thieves of Zebus (MAVO,Dahalo,Malaso). It is their game and favorite sport to steal some Zebu without getting caught or killed by other. It takes a lot of tip, tricks and know-how, especially now the forces of order all also part committed fully to help owners catch thieves.
This does not prevent them from stealing, because in order to marry, must fly a Zebu in order to prove his manhood, left to stop and then languish in prison.

For the wedding, It gives parents a Zebu and another for women. Are sacrificed for the parents that we eat with the guests. Bara 'HAVORIA' celebrations are always accompanied by folk music and rum Malagasy. After the party guests leave taking also the meat.

For the Bara, polygamy is normal and can be found men who marry until 7 women. There are still a few obligations if you wish to have more than one wife, need the permission of the first, of the two for a third and so on. Everything is paid in ZeBu. In most cases, polygamy is still reserved for the "rich"..
Concerning their clothing, in 'siky be' flannel that can cover the entire body or 'bemiray '. (patchwork), a straw or leather Hat, a pants or shorts, and the 'kiranyl '.(Bush shoes) for men, as well as a comb on the head distinguishes the married man or looking for a companion to which it gives the comb his choice.

Women are wearing dresses simple but colorful and over a sarong called Lambahoany. They put shoes feast days and mode hairdressers brand family situation other married and unmarried women. But in most cases, they carry all of the rollers on their braids. A Bara village is surrounded by several layers of spiky cactus, of sisals, and their homes are generally built at base of reeds coated with Earth mixed with dung of ZeBu. The roofs are thatched 'Bozaka '., an herb that grows in the ISALO.

The Bara have 4 Taboos in general :
The wild boar, Guinea fowl, the goat (Prohibition of touch, raise, eat) and to touch dirt (example garbage). But it must also be said that home, each also has its own taboos to him all alone... the origin of these taboos still very vague.

Among the BARA, their o (Gris-Gris) are divided into four :